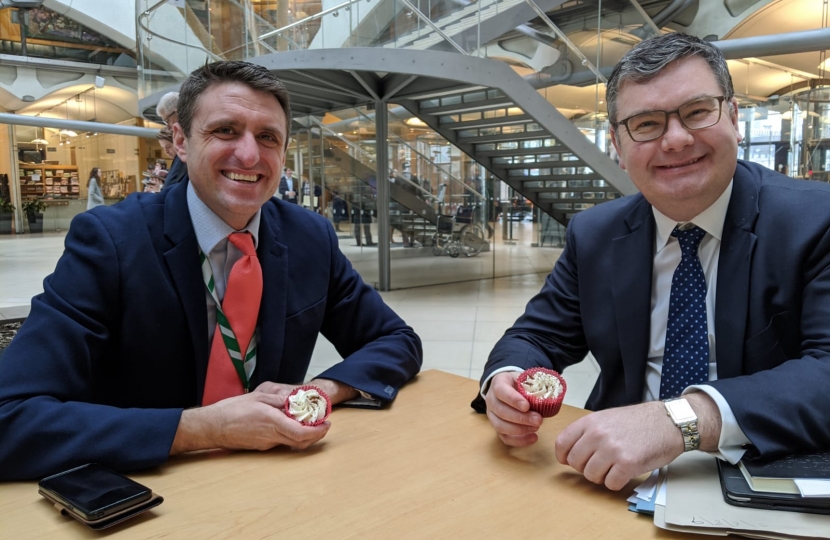 Politics isn’t always a piece of cake, but local MPs Ben Everitt and Iain Stewart celebrated Milton Keynes’ 53rd birthday with a slice of it in Westminster.

The town was founded on 23 January 1967 after an Act of Parliament, but already has a rich history from F1 successes Red Bull Racing being based here to holding huge concerts including acts such as Green Day, Michael Jackson and Queen.

And as MK moves into the future, it is already home to more electric car charging than anywhere else in the country and has become a hub for technology with the introduction of delivery robots and trials for driverless cars.

Ben and Iain made sure the busy world of politics didn’t get in the way of celebrating MK’s big day by grabbing a birthday cupcake - or two - and speaking about what makes the town so special.

Iain added, “Milton Keynes’ birthday is a great opportunity to reflect on what a brilliant place it is to live, work and play.

“The New City has so much to offer from an Internationally acclaimed Bletchley Park to an indoor ski slope, and with many more birthdays to come the potential is huge. Hopefully when we celebrate MK’s 100th birthday we will be home to a Premier League football team!”