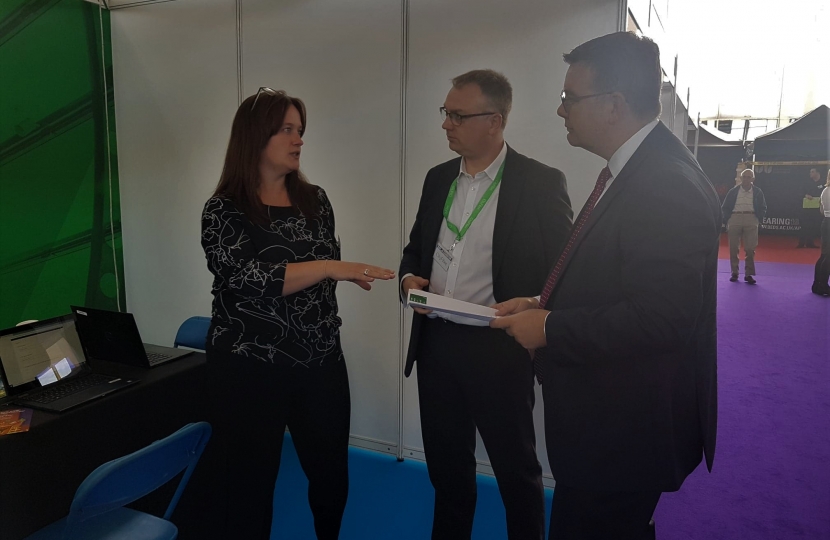 Families in Milton Keynes South can look forward to receiving a well-earned pay rise with a new National Living Wage (NLW) of £8.72 per hour from 1 April 2020, its biggest cash increase ever – and a rise from the current value of £8.21

In the South East, 303,000 people will benefit from a pay rise – equivalent to 7.8% per cent of all workers across the region.

Nearly 3 million people across the country will benefit from a pay rise of 6.2 per cent in April 2020 – an increase of £930 over the year for a full-time worker on the NLW, and of £3,600 since the Conservatives introduced the NLW in 2016.

The rise means the Conservative government is on track to meet its current target and previous manifesto commitment for the NLW to reach 60 per cent of median earnings by 2020.

But there is more to do, which is why the NLW will increase further to £10.50 by 2024 on current forecasts.

The Chancellor has announced his plans to expand the reach of the NLW to cover workers aged 21 and over within five years, benefiting around 4 million people,

By getting Brexit done, this Conservative Government will start repaying the trust placed in us, we will help people with the cost of living:

Bring in a ‘triple tax lock’ –meaning the rate of income tax, VAT or National Insurance will not be raised throughout the lifetime of the next Parliament;

“Hard work should always pay, but for too long, people haven’t seen the pay rises they deserve.“Our government will put a stop to that, giving nearly three million people from Edinburgh to Eastbourne a well-earned pay rise, including the biggest ever cash boost to the National Living Wage.

“But that’s not all. As we enter a new decade, we’re setting our sights higher, to help people earn more over the next five years and level up access to opportunity across our great country.”

“We want to end low pay and put more money in the pockets of hard-working families. This latest rise will mean that since we introduced the National Living Wage in 2016, the lowest paid will have had a wage increase of more than £3,600.

“But we want to do more to level up and tackle the cost of living, which is why the NLW will increase further to £10.50 by 2024 on current forecasts.”

“This is exactly the kind of news people across the constituency want to hear. Milton Keynes South deserves a pay rise and I’m very proud to be part of a Conservative party that is delivering the higher-wage, lower-tax economy we all want to see.

“We’re backing hard work and aspiration – creating opportunity for hardworking people across the country. This People’s Government will build a better Britain for everyone in this country, regardless of how they voted."

I apologise for taking a few days to reply. This is for two reasons; first I have received over 700 communications on this (expressing a wide range of views) on top of the significant Covid-related casework and it takes some time to reply to everyone.