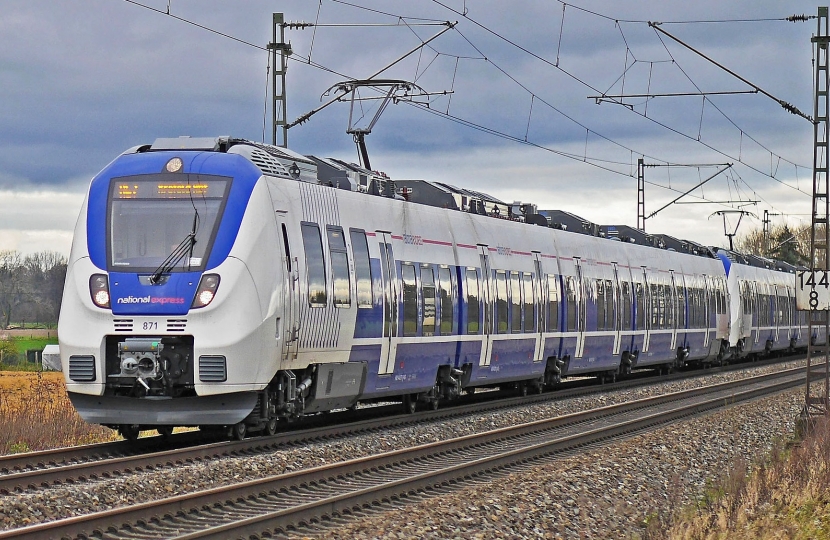 Earlier this year, the Conservative Government set out plans to make the biggest change to the railways in 25 years and put passengers at the heart of rail transport.

To drive this change, the Transport Secretary announced a competition for cities and towns to submit a bid to be home to the new Great British Railways (GBR) headquarters.

Iain Stewart MP strongly believes the GBR HQ should be based in the city and has written to Grant Shapps highlighting his reasons.

In the letter to the Secretary of State, the MK MPs promoted Wolverton’s historic ties to the railways with Wolverton Works, Bletchley train station’s ongoing refurb as part of the Towns Fund deal, MK sitting at the heart of East-West Rail, and of course being home to Network Rail’s The Quadrant.

However, it is not just the connection to transport that makes Milton Keynes such an attractive place for the new public body. The MK MPs also highlighted MK as a hub of technology and innovation, with MK College, the South Central Institute of Technology, the Open University and, hopefully, MK:U all capable of providing local, high-skilled employees.

This is in addition to the economic potential Milton Keynes possesses, both as a city but also sitting at the heart if the Oxford-Milton Keynes-Cambridge Arc, while MK is also expected to be one of the top three cities in the UK for economic growth by Q4 2021.

The MK MPs arranged a meeting with Rail Minister Chris Heaton-Harris to discuss bringing the GBR HQ to Milton Keynes. They also received reassurance jobs at Network Rail in Milton Keynes are not at risk due to the GBR announcement, despite scaremongering from local Labour councillors.

"I firmly believe that GBR should locate their new HQ in Milton Keynes, and I have put across a strong case for this to the Transport Secretary with Ben Everitt MP.

"There is so much potential here in Milton Keynes, with local educational institutions providing the city with high-skilled employees of the future as well as the EWR and Santander's new HQ being built, amongst many other things, the scene is ideally set for GBR to join in on the success."

GBR will integrate the railways, owning the infrastructure, collecting fare revenue, running and planning the network, and setting most fares and timetables.

It will simplify the current mass of confusing tickets with new flexible season tickets and a significant roll-out of more convenient Pay As You Go, contactless and digital ticketing on smartphones.

A new GBR website will sell tickets and a single compensation system for operators in England will provide a simple system for passengers to access information and apply for refunds.

There will remain a substantial and often greater role for the private sector. GBR will contract private partners to operate most trains to the timetables and fares it specifies, with a model similar to that used by Transport for London in its successful Overground and Docklands Light Railway services.

The new Passenger Service Contracts will include strong incentives for operators to run high-quality services and increase passenger numbers. They will not be one-size-fits-all: as demand recovers, operators on some routes, particularly long-distance, will have more commercial freedom. Affordable walk-on fares and season ticket prices will be protected.

Careys have been in Milton Keynes for 40 years, contributing to the completion of over 100 projects across the city.