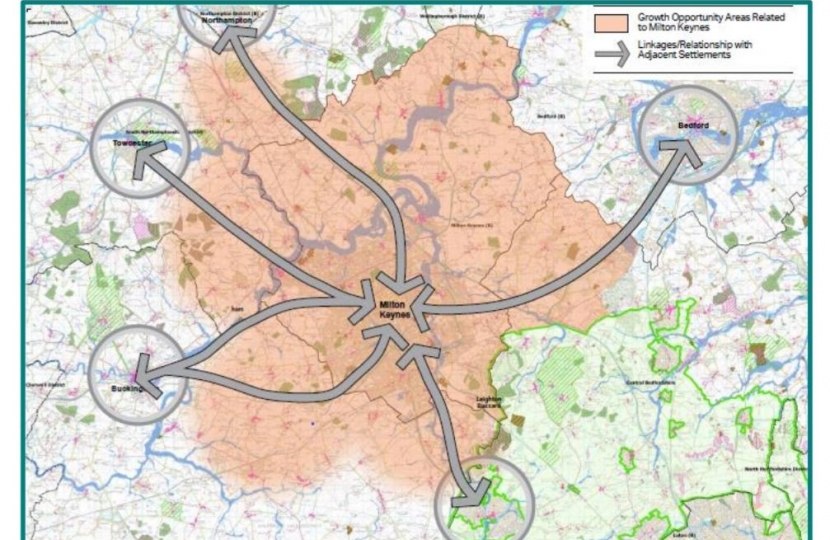 They have drawn up plans to expand Milton Keynes beyond the Council’s boundaries to reach neighbouring Buckingham, Leighton Buzzard and Northampton with the population set to reach 500,000 by 2050; doubling the population in 30 years.

While Iain Stewart and Ben Everitt are supportive of new housing to meet local demand, they believe these plans have not been properly thought through and will place too great a strain on local services and infrastructure, damage the environment, and undermine the basic structure of Milton Keynes that has served us well.

Also, the MPs point to the areas of Milton Keynes that need regeneration and have been waiting years for this to be kickstarted as well as the need for more affordable housing in Milton Keynes to be addressed before the city is expanded.

“Any plans for new housing must be thought-through carefully and be made in conjunction with our neighbours as part of a wider Oxford-Milton Keynes-Cambridge corridor. We have over 20,000 unbuilt new houses already agreed. Why are we not concentrating on building those, and then taking time to think about what additional housing might be needed in the long-term? New homes should be built to support economic growth and not be simply to meet an artificial number.”

"This level of reckless expansion is unsustainable in every way. We need to protect our green spaces, the farm land that wraps around our city, our floodplains and the identity of our communities and market towns. You simply can't build thriving, sustainable communities by joining the dots between MK and the villages around it. MK's Labour-led council have lost the plot on this. It looks more like a land-grab than a sensible, thought-out plan for the growth we need."

“The extent of Labour-led MK Council’s expansion plans are reckless and will destroy all we love about Milton Keynes.”

In addition to the Conservative MPs and Councillors speaking out against the plans, residents can do so too. You can comment on the plans by going to https://www.mkfutures2050.com/strategy-for-2050-engagement-page