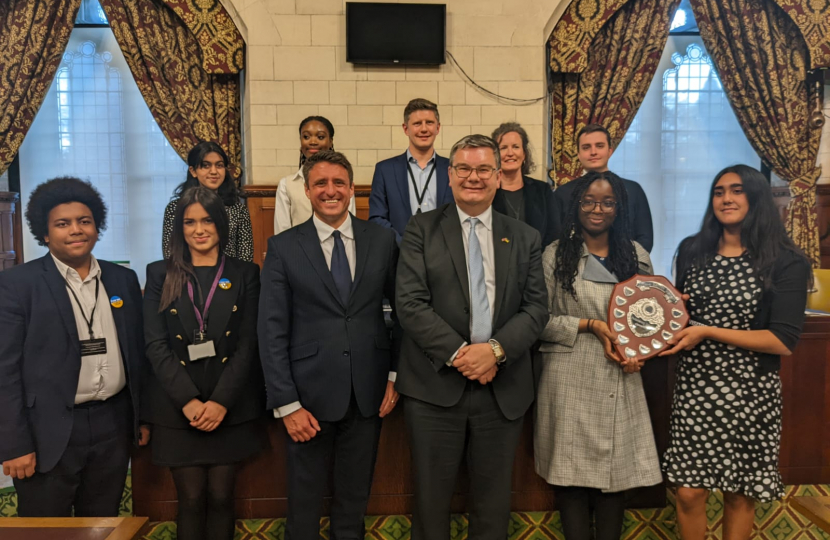 Oakgrove were crowned champions of the Milton Keynes Schools Parliamentary Debate Competition after a strongly contested final in the Houses of Parliament on Thursday (21/04).

Both Oakgrove and St. Paul’s had reached the final after numerous rounds of the competition which has now been run by the local Members Of Parliament for the last 13 years.

The schools were asked to debate whether the United Kingdom should put troops on the ground in Ukraine, with St. Paul’s selected to argue in favour and Oakgrove chosen to argue against.

“It was brilliant to be able to host the final of the debate competition in the Houses of Parliament again and welcome the debaters, their family and their teachers onto the Parliamentary Estate.

“The debate was incredible to listen to with Oakgrove and St Paul’s providing excellent arguments, interventions and counters throughout. I am already looking forward to next year’s competition!

“I want to take this opportunity to say well done to all the schools that participated in this year’s competition, particularly to Oakgrove School who were this year’s winners. Also, thank you to the judges for having the difficult task of choosing a winner.

Following the final and the presentation of the award’s shield, Ben and Iain gave the students, their parents and teachers a tour of the Houses Of Parliament and took part in a Q&A.