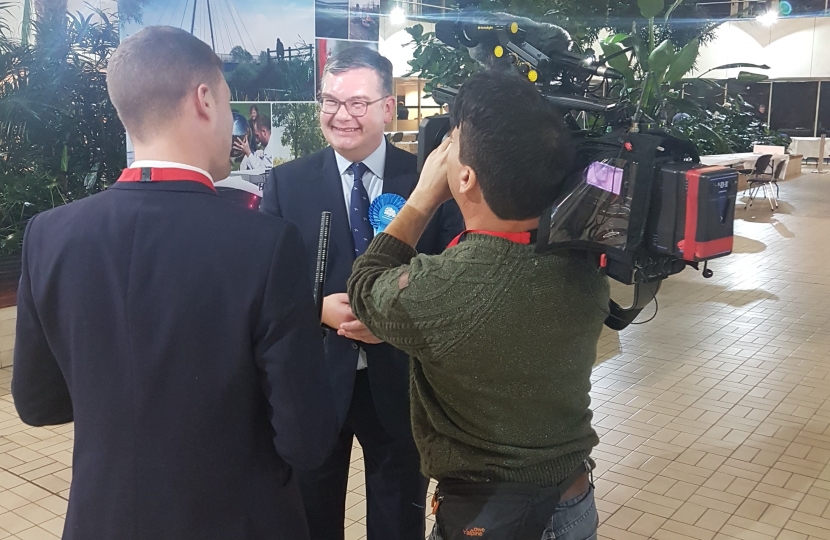 On the 12th of December, polling day of the 2019 General Election, Iain Stewart was re-elected to be the Member of Parliament for Milton Keynes South.

Here are the results for Milton Keynes South:

In light of his re-election, Iain said:

"I would like to thank everyone who entrusted me with their support in Thursday’s election. It has been the honour of my life to have represented the people of Milton Keynes South for nearly the last decade and I look forward to continuing this in the new Parliament. Back to work on Monday!

May I also take this opportunity to wish everyone a Merry Christmas and a peaceful, healthy and happy new year!"