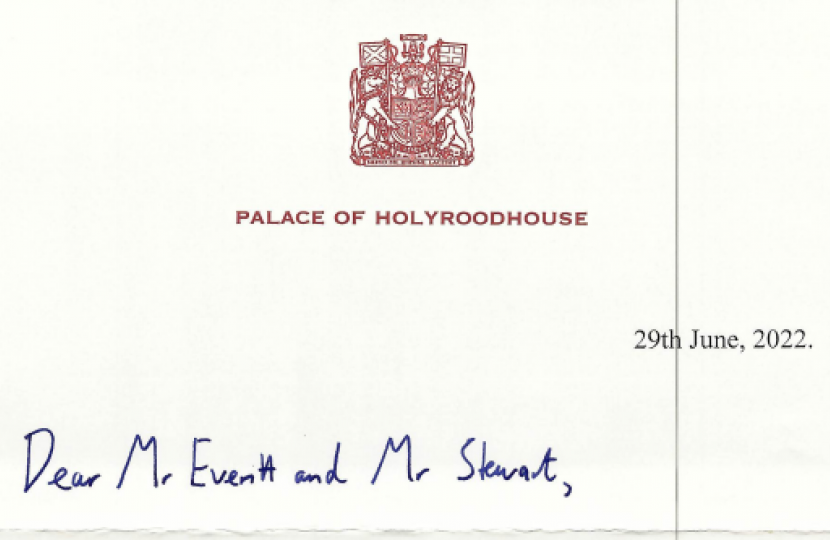 Milton Keynes MPs Iain Stewart and Ben Everitt have been sent a message of thanks from Her Majesty The Queen after receiving their letter on MK’s city status success.

Last month the local MPs penned a letter to Her Majesty expressing their gratitude at Milton Keynes finally become a city as part of the Platinum Jubilee celebrations.

Iain had been campaigning hard for MK to be recognised for both its contributions to the country’s history, such as Bletchley Park, and to its future as it leads the way on innovation with driverless car trials and delivery robots.

In response to the MPs’ letter, the Assistant Private Secretary to The Queen wrote: “The Queen has asked me to thank you for your letter of 15th June with regard to the award of city status to Milton Keynes.

“Her Majesty was most grateful to you for taking the time to write as you did, and for the kind words of congratulations from the people of Milton Keynes on The Queen’s Platinum Jubilee.

“This message comes to you, and to the people of Milton Keynes, with Her Majesty’s warmest good wishes.”

“I was over the moon when I learned that Her Majesty The Queen had bestowed city status upon Milton Keynes, especially in Her Majesty’s Platinum Jubilee year.

“I know I wasn’t the only resident of Milton Keynes that was really pleased about receiving city status and thankful to Her Majesty The Queen for choosing Milton Keynes. That is why, along with Ben Everitt MP, we wanted to write a letter expressing the gratitude of the city of Milton Keynes.

“I am pleased to share the response we received from Buckingham Palace enclosing Her Majesty’s warmest good wishes.”